ITI Digital announces the release of a software update that launched the following feature:

Events that were previously pulled into the DXP dashboard and marked as "approved" that are then detected to be "cancelled" will now be tagged as "cancelled" and automatically moved to "unapproved" so that they do not appear on the live calendar. Screenshot of this feature on the DXP dashboard is included below. 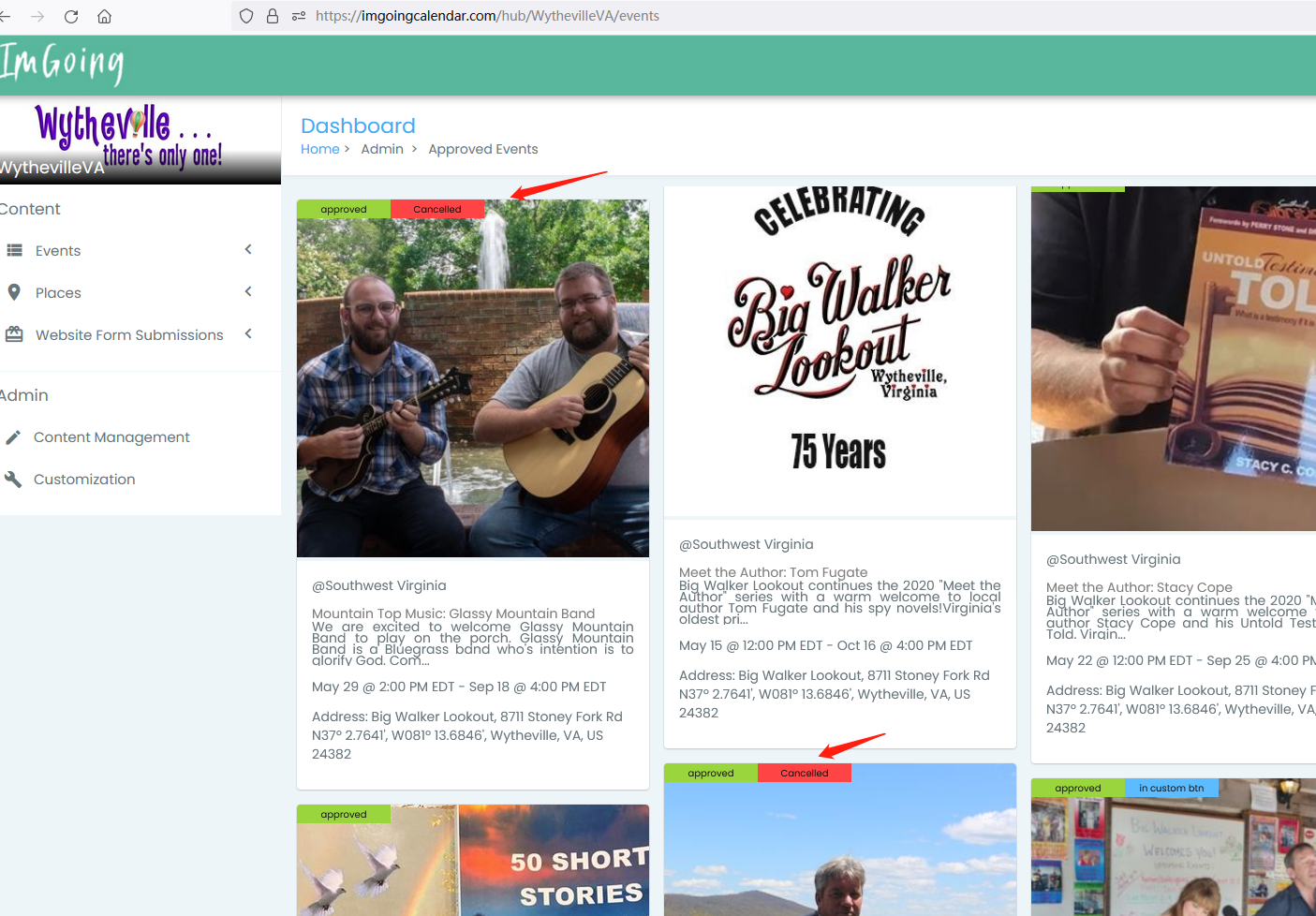 M
Megan is the author of this solution article.

Did you find it helpful? Yes No

Send feedback
Sorry we couldn't be helpful. Help us improve this article with your feedback.